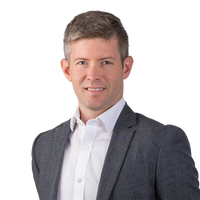 I've learnt a huge amount being a lawyer - I reached this conclusion just after finishing my legal academic training and I hadn't yet started my first legal role! 7 years later I jumped ship with a set of professional skills and experiences that I knew would stand me in good stead for whatever life threw at me. Then I became a product manager…

Don't get me wrong, the law has equipped me well but it's through changing my role that I realised I had only drawn the picture that forms the outline of my professional character. What was missing was the colour that comes with being able to apply those skills and experiences to a broader set of circumstances.

I've come to appreciate so many new things in this new role that have brought colour to my professional life. Here I list the top 3.

So much of life is based on assumptions, and that is okay

When you have been immersed in an industry or area of expertise for a period of time you could be forgiven for thinking that you have the right to state your opinions as fact. In many cases, the law can be black and white but there are plenty of grey areas and the further we move away from the black-letter-law, the more we start to make assumptions based on our own experiences. However, as the saying goes, one man's truth is another man's folly and the thing that a lot of people (myself included) can forget is that their version of the truth is always couched in their own perspective. Whether we realise it or not, when we state truths we do so on the assumption that others share our same perspective – a fallacy that we see all too often these days (the uncompromising arguments exchanged during bipartisan politics of late come to mind – let's not go here).

When I first started doing product management I was convinced that my common sense on everything from filing systems to how people draft and review legal agreements must be the best way to do things – surely that was common sense! What I perceived as common sense, however, was simply the set of assumptions I'd made about the world I worked in. Deep down I'm sure I already knew this was the case, but explicitly acknowledging it gave me a whole new way to start engaging with people – to understand their perspectives and ultimately to come up with solutions that better catered to a wider group of people (be those solutions in the forms of products to fit an organisation's corporate structure or a dashboard to report progress up the chain of command).

Change is a journey to take people on, not to impose on them

Whilst I was a lawyer I took on a huge "innovation" project which had the potential to save a significant amount of time drafting a certain set of documents. I slaved away at the coding for this miracle solution and then presented my solution to stakeholders expecting heaps of praise. There was one fatal flaw. With the benefit of hindsight, I now see that I'd gone rogue, produced the solution by reference to relatively few stakeholders and was then expecting everyone to want to jump on the bandwagon.

It was as Woodrow Wilson once said, "If you want to make enemies, try to change something". Rather than working with people, what I had done was cut-across their work and roles and put noses out of joint. I recently heard that a few years down the line, the same project is being revived; the difference now being that people know about it, are engaged with it and are collaborating to achieve it which, if I'm honest, is great if somewhat bittersweet.

The lesson I learnt here goes hand in hand with my epiphany on the assumptions above. People don't like change to be imposed on them. In my view, this is partly because it presupposes that you've made assumptions about who they are and how they work. Even if your assumptions prove true there is something very human about wanting to feel as though your voice matters and, to cut to the chase, it does. An assumption is what it says on the tin, it is an assumption - all we can ever hope to do is to gain evidence to support or refute it. The only way we can do that is to ask questions of those in positions of knowledge, to bring together many and varied perspectives and, ultimately, to engage with people and take them on a journey.

Your time is finite – and often deadlines are flexible

This last thing I've come to appreciate is based on an assumption that I probably formed at uni and that manifested in me as a lawyer. With the benefit of hindsight, it was just silly.

If you were anything like me at uni, you were often cramming at night to get a piece of coursework due for submission the following day. If I didn't hit the submission deadline I could probably say bye-bye to my degree and career prospects (at least that is what went through my head at the time). By the time you take an individual like me and drop them into the world of finance law where it isn't just your degree that is on the line but also jobs, mergers, millions (or even billions) of pounds, etc; you basically take it as fact that the word deadline becomes partly self-explanatory – you may as well be dead if you cross that line. The consequence of this is that you end up doing a lot of late nights and early mornings and missing out on important opportunities and life events. To be clear, these are all things going on in my head.

It has taken me 18 months to break this habit of having to meet deadlines come hell or high water and to acknowledge that there are only so many hours in the day (old habits do die hard it seems!). Whilst there will inevitably be moments where long hours are needed, if you and those who you work closest with can appreciate the effort that goes into achieving an outcome and the finite capacity of hours in the day then the only sensible conclusion that you can draw is that a deadline needs to move. Yes, there is a consequence to that but if it means you end up with a job done better which, had you not delayed wouldn't be the case, then the cost of a delay can match or be less than the cost of the alternative poor outcome. 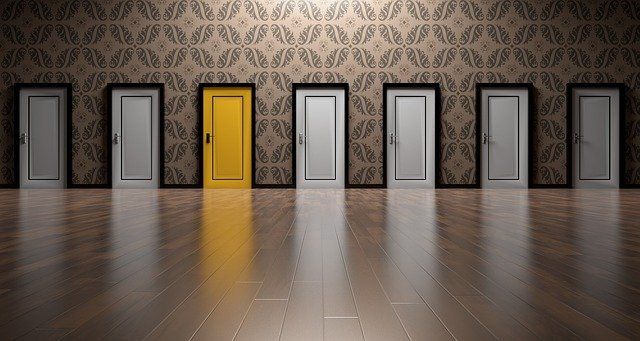